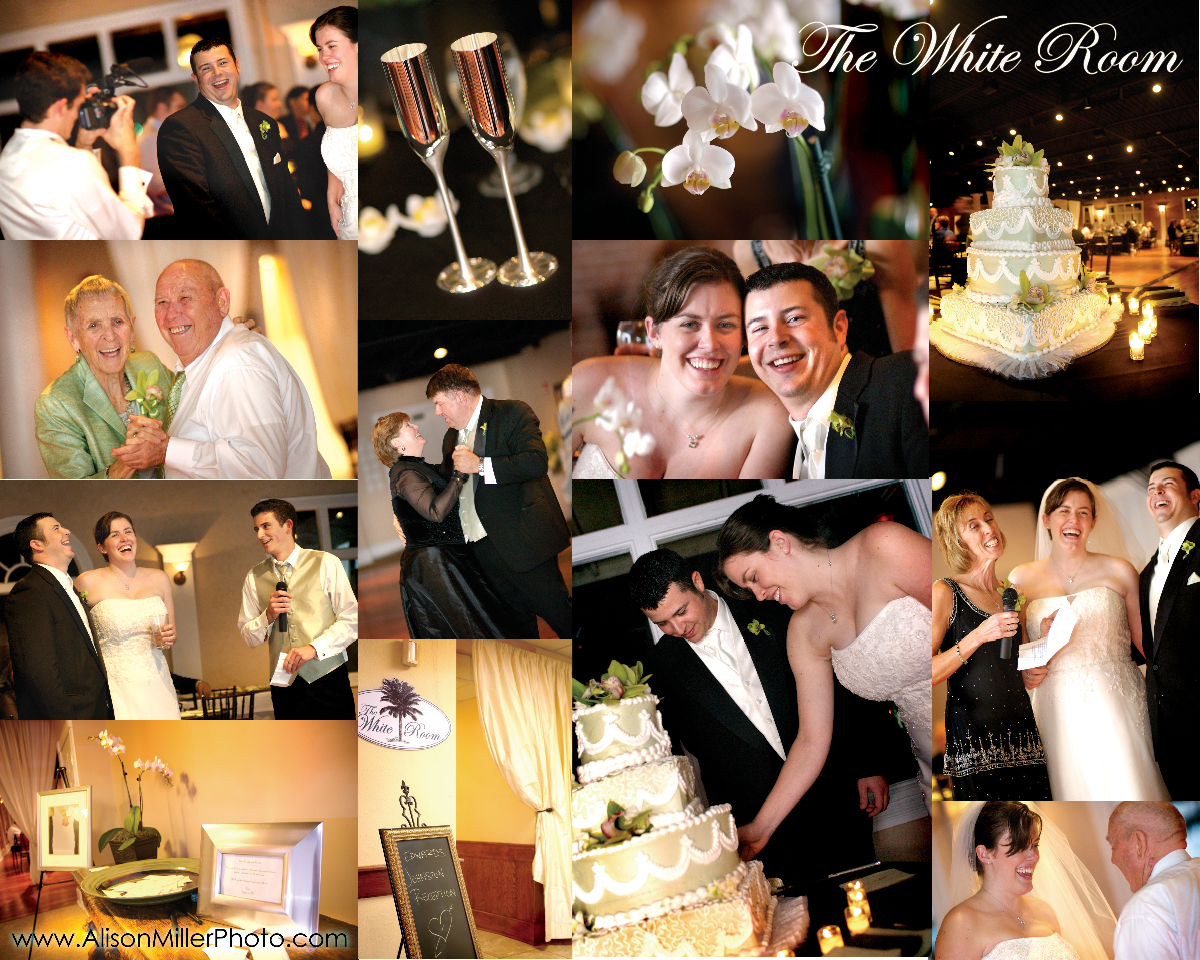 For Ali and Tripp’s big day (December 15th, 2007), the couple chose an Orchid theme accompanied by Apple Green and Black accents. Ali’s grand parents are orchid farmers, so in honor of the big day they were given an orchid named after them! Each table was adorned with a beautiful orchid plant and soft candle light.